Plastics in the ocean

Plastic waste is flooding our oceans. It’s now more important than ever to reduce our plastic footprint worldwide.

Twenty eighteen was the year of the plastic straw. News segments, think pieces, hot takes, and social media posts declared plastic straws public enemy number one. The story had everything: a kid on a mission against the corporate world, a gut-wrenching video of a sea turtle with a straw stuck in its nose, an easy-to-understand and ubiquitous problem. We also had a clear resolution requiring hardly any sacrifice: To save the environment, we just had to stop using plastic straws.

Cutting back or even banning single-use straws would certainly help keep them out of our oceans. But would it be enough?

“Wouldn’t that be nice,” says Erin Simon, WWF’s director of sustainability research and development, half laughing, half sighing. Simon is a materials scientist who has worked with some of the world’s biggest corporations to find planet-friendly packaging solutions. And as it turns out, the issue of plastic overrunning our environment is a bit more complicated than straws.

The problem of plastic in nature, particularly in our oceans, is a global crisis. Every minute, about a dump-truck load of plastic goes into the oceans, sullying beaches, hurting wildlife, and contaminating our food supply.

“It’s reached this public-awareness tipping point,” says Sheila Bonini, senior vice president of private sector engagement at WWF. “Sometimes an issue can go on for a long time and nothing happens; then, suddenly, boom! The world wakes up, and we have the opportunity to drive change.”

Yet eliminating all plastic from our lives is neither feasible nor desirable. Plastic has a lot of benefits, environmental and otherwise: It keeps our food fresh so we waste less; it’s sterile; it’s durable. And, once we’re done with it, it can be turned into something new. So how can we keep these benefits while keeping plastic out of nature?

“The problem is that as a population we have continued to innovate and create new ways to use plastic—to the point that we are dependent on plastic in our everyday lives,” says Simon. Of all the plastic ever made, half was made in the past 15 years. But we don’t know what to do with all this plastic once we’re finished with it. “Today science tells us that the majority of plastic waste ending up in oceans is coming from land, specifically due to limited or nonexistent waste management,” says Simon. “You can make something 100% recyclable, but if you don’t have a recycling facility, it just ends up as trash.”

In the US, even though we collect almost 100% of the most common type of plastic, polyethylene terephthalate, or PET (your standard soda bottle), only about 30% is recycled. It gets tossed in the trash, it gets contaminated, or there aren’t recycling systems to handle it. The situation is worse in developing nations, where the global economy has brought a flood of plastic into places without adequate waste management. Best-case scenario: Whatever plastic isn’t recycled goes to a landfill. Worst case: It gets dumped into nature.

Eduardo Leal’s Plastic Sea raises awareness about plastic pollution by focusing on hundreds of pieces of plastic that wash ashore at a remote beach in Colombia.

Turning off the tap

When it comes to our oceans, “I think the first response everyone has to seeing plastic waste is that it doesn’t belong there, so let’s just get rid of it,” says Simon. But while cleaning up the oceans is critical, she says, it’s not the first step. When the sink is flooding, you don’t start with the mop; you start by turning off the tap.

Stopping the flow of plastic means fixing a broken and fragmented system. There are opportunities at every point in the plastic life cycle: We can make plastic from renewable resources, manufacture goods that are recyclable and require less plastic, consume less, and make sure as much plastic is recycled as possible. We also need to ensure solutions don’t negatively impact the environment in other ways. Everybody has a role here: companies, the waste management industry, governments, and consumers.

Companies with household names are helping to lead the charge. Because they rely on their reputations, Bonini says, they’ve already got skin in the game: “One company executive said to us, ‘I don’t want to be the producer of branded garbage.’”

Companies have control over how they package products, how raw materials for plastic are sourced, and how products are packaged for delivery—and they can even shift consumer behavior. But today, companies aren’t equipped with a road map of how to fix the broken system. WWF has created an “activation hub,” called ReSource: Plastic, to close that “how” gap.

ReSource helps companies who have already made ambitious plastic waste reduction commitments turn their aspirations into meaningful, measurable actions. It starts by partnering with a company to identify which changes will make the biggest cuts in the company’s plastics footprint and to establish a tracking system to measure progress. Next, it helps the company implement those changes, providing expert advice along with a suite of tools and step-by-step guidance (including the publication No Plastic in Nature: A Practical Guide for Business Engagement). And because nothing multiplies impact like collaboration, ReSource: Plastic connects companies, stakeholders, and governments so they can share discoveries and investments.

This approach includes developing new technologies to recycle materials we never thought could be recycled, like diapers. Through strategic and innovative collaborations, some companies are also actively engaging other sectors, including waste management. For example Procter & Gamble is forming partnerships to advance the infrastructure needed to recycle a full range of materials, with hopes of accelerating further investment in scalable technologies.

Jack McAneny, director of sustainability at P&G, says the power of cross-value chain collaboration is key. “We want to share new technology around recycling and recovery, since we are not a recycler at heart,” he says. “We benefit from more scale; it helps us achieve our vision.”

Scale is definitely key. One company’s efforts are great, but 100 of the world’s biggest companies together could prevent roughly 10 million metric tons of plastic waste. And if they fully engaged their sectors and supply chains, that number could triple. 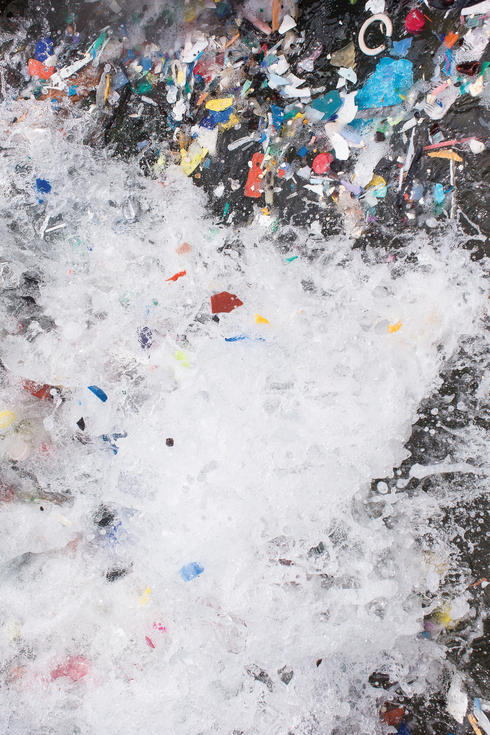 Dealing with the trash

Globally, policies regulating waste disposal and recycling vary wildly—where they exist at all.

The waste management piece of the puzzle is critical but tricky. In many places, if a waste management company makes more money sending plastic to a landfill than to a recycling center, Simon says, it’s going to a landfill. “And so all of that upstream investment to make the materials as recyclable and as high quality as possible is for naught.”

“There are some waste management companies that are starting to look at their role in the broader recycling system,” says Simon. “But we need more companies to get on board with investments and action.”

One thing governments can do is nudge sectors that might be dragging their feet. It may not be as easy as banning straws, but passing legislation around waste disposal can have enormous impact. Governments can also help by streamlining and standardizing recycling rules.

In turn, consumers need to participate in the solution. Giving up plastic straws is a great start, but there’s so much more plastic that we consume. “We are asking every actor in the plastic life cycle to rethink how they’re using plastic and how they’re managing it when they’re done with it,” says Simon. “I would make that same ask of a consumer.” (See sidebar below.)

WWF has set the audacious goal of No Plastic in Nature by 2030. “Today science tells us that a 50% reduction is possible,” says Simon. “As a conservation organization seeing the urgency and direct impacts on our ecosystems, we know that’s just not enough. I think we have to be ambitious, because the problem is so big.”

The world is poised to act on plastics, and WWF—with its global presence, holistic approach, and proven track record on issues much more contentious than this one—has a critical part to play. Working alongside other groups, like Ocean Conservancy and the Ellen MacArthur Foundation, WWF is helping herd the cats, aligning everyone toward concrete action.

Meeting this goal will mean bringing together stakeholders with different priorities, goals, and points of view, says Simon. It’s a monumental task. But, she says, there’s one huge advantage. “We all agree wholeheartedly: Plastic doesn’t belong in nature, and we need to stop it from ending up there.”

You can help. Ask government leaders to establish a global, legally binding agreement to stop plastics from leaking into our oceans.

HOW TO STOP PLASTIC POLLUTION IN NATURE 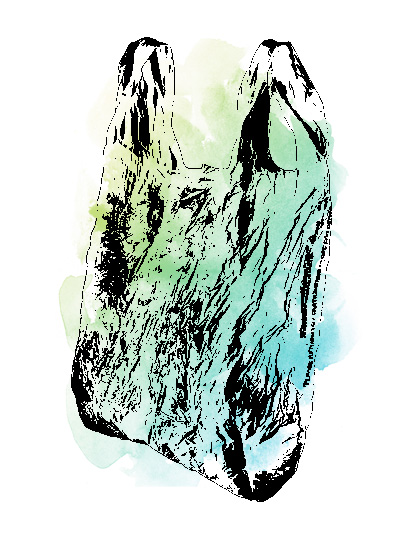 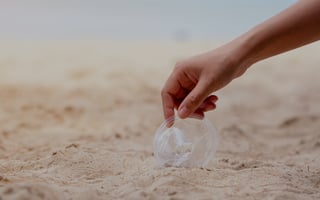 The hidden cost of virgin plastic

The big issue In September 2021, Dalberg published a report in collaboration with the WWF on how... 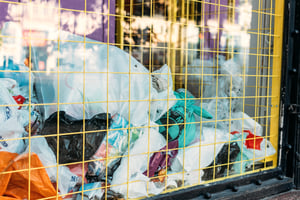 Future of plastic, a long road ahead

Plastic packaging is an integral part of our daily lives and is ubiquitously found in increasing...